The Da Costas of Jamaica -- a Journey back in Time

On December 11, 1882, a man by the name of Edward Foster, a disgruntled employee of Alexander Feurtado’s Lumber Company, Port Royal Street, set fire to the premises of his employer.  The resulting fire almost destroyed the southern half of Kingston. In The New Jamaica, by Edgar Mayhew Bacon and Eugene Murray Aaron (New York : Walbridge, 1890), the authors describe the devastation as follows:


“Six thousand people were rendered homeless by this conflagration, and a large portion of the business part of the town burned over”.

Among those businesses affected by the fire was the Gleaner Company itself. Also destroyed were both Jewish synagogues, as a result of which the birth, marriage and death records prior to 1809, of the Sephardic congregation, were completely destroyed, while the death records of the Ashkenazi congregation were also lost. 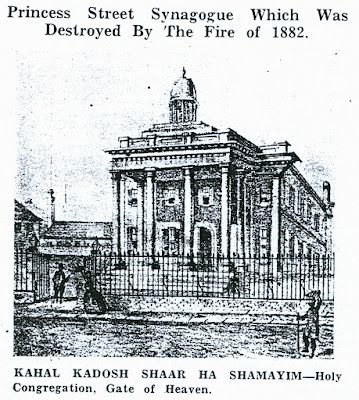 Eventually the two congregations joined together to form the United Congregation of Israelites and now worship in a new synagogue on Duke Street.

The destruction of all Sephardic records prior to 1809 has made Jamaican Jewish family history research extremely difficult. My search for the earliest Rodrigues Da Costas in Jamaica has had to depend on other records such as wills and deeds and to some extent on Sephardic naming patterns.  I have had a great deal of help both from my cousin, Kay, and also from another cousin, Eliot D’Costa, who spent countless hours at the Registrar General’s Department at Twickenham Park going through old microfilms. I also had the help of Cheryl, a Jamaica researcher who extracted several wills and deeds for me. And so we have put together some sort of family history of the Rodrigues Da Costas in Jamaica, but it should be noted that there are few actual extant records to confirm our conclusions. 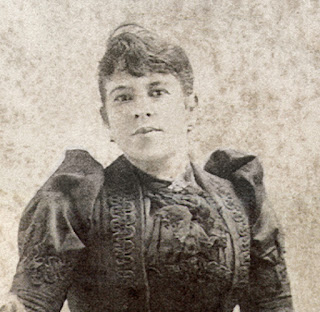 Alice was born 12th January 1861 in Kingston, Jamaica.  Here is the account of her baptism, from the records of Holy Trinity Church, Kingston:
“On the 10th of Feb. 1861 I baptized Alice Blanche, born 12 January last, lawful daughter of Jacob Rodriguez Dacosta and Selina Dacosta. The sponsors were John J. Duval and Evelyna Elkin Moses (?)." [Signed} J. E. Dupeyron, V. A.”

She was the eighth child of ten children of Jacob Rodrigues Da Costa and his wife, Selina Jane Roberts. While Jacob Rodrigues Da Costa was Jewish his wife, Selina, was not.  In fact, she was Roman Catholic, though I have not been able to find out much about her early life. Some of the Roman Catholic records from the Catholic Archdiocese of Kingston have been transcribed and can be found on the website, Jamaican Family Search. Selina would have been born sometime around 1826, based on the age given on her death record.

While I have found ten children baptized in the Catholic church for Jacob and Selina, I have only been able to trace the lives of three – the eldest, Joseph Rodrigues Da Costa, the fifth, Melbourne Rodrigues Da Costa, and my grandmother, Alice. Joseph and Alice remained Catholic, but Melbourne, who married a Jewish woman, Abigail Henriques DeSouza, returned to the Jewish faith.

So who then was Jacob Rodrigues Da Costa, my great-grandfather? Let me begin by saying, that although I have very little information about him, there is no doubt that he was Jewish.  My DNA results confirm this. But finding information about him has been difficult. I have used the records of the Sephardic Congregation, the Spanish and Portuguese synagogue, monumental inscriptions from Jewish cemeteries, and even Sephardic naming customs to research the Da Costa family. In my next post I will describe the methods I used to research the family and what I found.