Following the Cardozos -- Jamaica to Haiti to Canada

Before I return to George Cardozo and how he enlisted in the Canadian Expeditionary Force in 1914 I want to describe how I researched the Cardozo family. This blog of mine is called My Jamaican Family, and generally speaking I have written about members of my own family both immediate and distant.  Interestingly enough, it turns out that the Cardozo family had distant connections through marriage to my own extended family! Thanks to another Jamaican researcher who descends from the Cardozos, I discovered that two Cardozo brothers married two Baylis sisters.

I have written about the Baylis family of Port Royal in a previous post.
George Christopher Baylis worked at the Port Royal Dock Yard with my grandfather, William Dey Smedmore, and George married Elizabeth Huggins McDonald, the daughter of my great-grandmother, Sarah Letitia Brown by her first husband, Donald McDonald. After Donald died Sarah married Daniel Elias Brown and their second daughter, Amanda, married my grandfather, William Smedmore.  Two of George’s and Elizabeth’s daughters, Lily and Hilda, married two Cardozo brothers, John Emanuel and Solomon.  These two brothers were the grandsons of the Cardozo patriarch, Solomon Nunes Cardozo, a Sephardic Jew born about 1798 in Jamaica. Solomon fathered at least four illegitimate children by an Elizabeth Philipon, a native of Cuba, whom he later married and with her fathered at least two more legitimate children, including the father of John Emanuel and Solomon. The marriage and the baptisms of all the children took place in the Catholic Church, and it has been difficult to find all relevant records, only some of which have been transcribed and can be found on the website, JamaicanFamily Search.

The eldest of Solomon Nunes Cardozo’s illegitimate children was Joseph Nunes Cardozo who married Jeanne Louise Hérard, from Haiti.  She was the daughter of Charles Rivière-Hérard, a Haitian Army officer who fought against Henri Christophe and was briefly President of Haiti between 1843
and 1844.  Forced out of office by revolutionaries in May 1844 he went into exile in Jamaica where he died 31 August 1850. 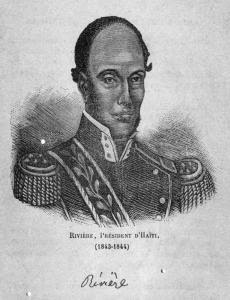 Uriah Nunes Cardozo was a son of Joseph Nunes Cardozo and Jeanne Louise Hérard, born in Les Cayes (formerly known as Aux Cayes) in Haiti. Without access to Haitian records I have had to depend on other documents to come up with a possible birth date for Uriah of about 1864. Another son, Frederick Rudolph Ambroise Cardozo was also apparently born in Haiti. Uriah married Marie Nicholson in 1890 at Holy Trinity Catholic Church in Kingston. The birth of their son, George in Kingston was the only record of their children I could find, but from various travel documents, including ships’ manifests such as the one shown at the top of this post, I was able to conclude that Uriah and Marie had at least four sons and possibly a daughter whose name I do not know. George was the eldest, born in 1890, followed by Richard, born in 1893 in Les Cayes, Bertrand, born in 1897 also in Les Cayes, and Franck, born in Les Cayes in 1899.

In 1913 Uriah, accompanied by his sons, George and Richard, sailed to New York from Port Antonio, Jamaica, on board the SS Obidense. According to the ship’s manifest they were in transit to Uriah’s nephew, Alfred Cardozo, of 68 Wood Street, Toronto, Canada. Uriah did not remain in Canada, but must have returned to Les Cayes, though he did make other trips to Canada,
either to visit Richard or Bertrand.  From other documents I have found Bertrand was a medical student studying at McGill University. He came to Canada in 1919 to visit his cousin, Alfred, in Toronto. As for Franck, I could find little about him in the records on Ancestry, except for various ship’s manifests showing that he did a great deal of traveling between Haiti and other countries. However, according to information I found through Google, Franck became a hotelier in Port-au-Prince and with his wife Edna built the Hotel Montana in Petionville, later managed by his two daughters, Garthe Cardozo-Stefanson  and Nadine Cardozo-Riedl. In January 2010 the hotel was all but destroyed in an earthquake which caused tremendous damage in Port-au-Prince.

But to return to George and his brother Richard.  They remained in Canada and to my surprise I found that Richard also enlisted in the Canadian Expeditionary Force in Toronto on August 10th 1916. George had been killed in action on April 22nd 1915.  Did his death prompt Richard to enlist as well?

In my next post I will explore George’s brief career in the Canadian Expeditionary Force and the circumstances of his death.