The Levy Family -- Coming to America

Of the four surviving children of Leopold and Alice Levy three went to the United States. My father, Michael, was the only one who remained in Jamaica, to take care of his mother who had been widowed in 1917. Michael joined the Civil Service in 1908 at the age of nineteen and remained there until his retirement at age sixty. Here is a view of the Governernment Buildings as they would have been in his time there. 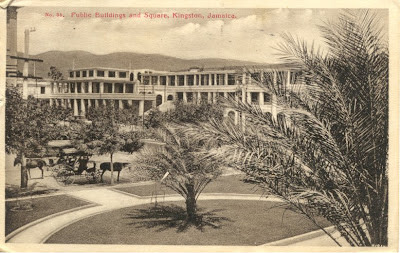 Michael worked in the Administrator General's office, eventually becoming Trustee in Bankruptcy in 1948. This photo of him was taken inside the government offices. 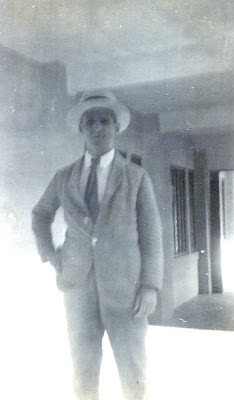 After my father retired from the Civil Service he took another job, as his pension was not large enough to support the family, but that's another story ... For now I want to write about my aunt and uncles who did not remain in Jamaica but made a life for themselves in America.

The story of Jamaicans is one of movement away from Jamaica ... to other islands, to Central and South America, to the United States, to Britain and to Canada, always on the lookout for a better life, a better job, or perhaps just to get away. Just as Jamaica attracted all sorts of people from various parts of the world so too Jamaicans have left the island and settled elsewhere. In the 1900s they flocked to the United States, most of them to live in New York. On pages of the 1930 U.S. Federal Census one finds Jamaicans living together in groups in such boroughs as Manhattan.

The Ellis Island database is a wonderful source for this movement of people to the U.S. Another great source is the subscription website, Ancestry. I have used both to try to find information on my father's siblings. I have found his sister, Essie and his brother, Joseph, travelling to New York, but Leo, the other brother, continues to elude me. More of him later.

At this point I must explain that I did know Uncle Joe, who visited Jamaica in the 1950s and whom I visited with my family in 1960 when we left Jamaica to go to Canada. Unfortunately, at that time I wasn't particularly interested in family history research and didn't ask the questions I should have, so much of what I now know about my uncle Joe has been through research carried out some time after his death.

The same year that my grandfather Leopold died Joe left Jamaica to go to the U.S. The story I was told about why my father's siblings left Jamaica was this: my grandmother, Alice, was afraid that the younger boys would have to join up to fight in the first World War. (My father, apparently, was not eligible to join up because of some medical reason.) She wanted them to go the U.S. because America wasn't in the war. Joe arrived in New York in September 1917, but the U.S. had entered the war on April 6, 1917, so this story doesn't really make sense to me. At any rate, I found Joe in the Ellis Island database, travelling to New York on board the ss Catherine Cuneo, leaving Port Antonio on August 28th and arriving on September 5th. Here is what the first page of the ship's manifest looks like. 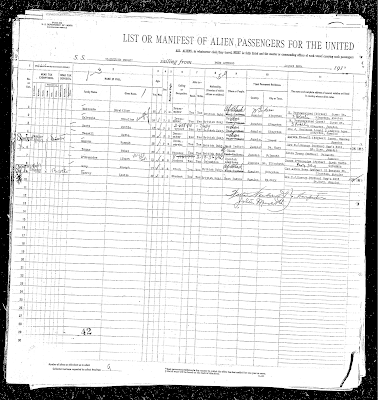 Under the column "Name and complete address of nearest relative of friend in country whence alien came" Joe gave his mother's name and this is how I knew that by 1917 she was living at 22 Beeston Street. On page two of the manifest, under the heading "Whether going to join a relative or frined...", Joe gave the name, "Mrs. Warner (friend), 346 Summer Avenue, Brooklyn, N.Y." I have no idea who this Mrs. Warner could be! So often the records we find produce more questions than answers.

In my next post I'll write about some of the other surprising things I learned about my uncle Joe.
Posted by Dorothy Kew at 06:55 1 comment: